Save Your New Smile

With a 95% success rate, dental implants are considered an extremely reliable treatment. But that doesn’t mean that failure isn’t a possibility. There are certain circumstances that might force us to remove or replace implants in order to protect your newly restored smile. It’s important to be able to recognize the potential causes of implant failure, notice the symptoms of said failure, and seek appropriate treatments when necessary. Call Dr. Christensen and Dr. Drisdale right away if you are concerned about the health of your dental implant.

Why Do Dental Implants Fail? 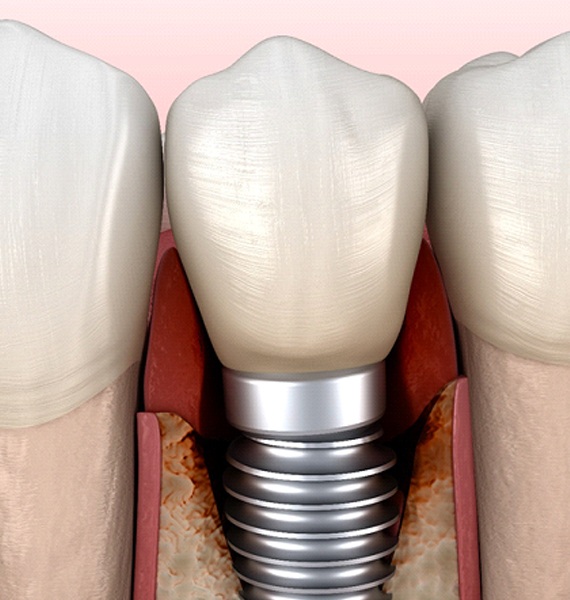 Oftentimes when dental implants fail, the cause lies in an infection called peri-implantitis. This can be thought of as a type of gum disease that forms around dental implant posts. When bacteria invade the tissues around the implant, they can cause the jawbone and gums to break down. This eventually causes the post to come loose, resulting in an implant failure. Per-implantitis can occur for a number of reasons, but it’s frequently a result of poor oral hygiene.

There are other possible reasons for implants to fail. For example, physical trauma could end up damaging the implant post as well as the jaw. In some cases, osseointegration could fail altogether, meaning the implant never joins with the jawbone. There are even medical conditions (such as cancer) that could compromise the body’s ability to bond with and support implants. 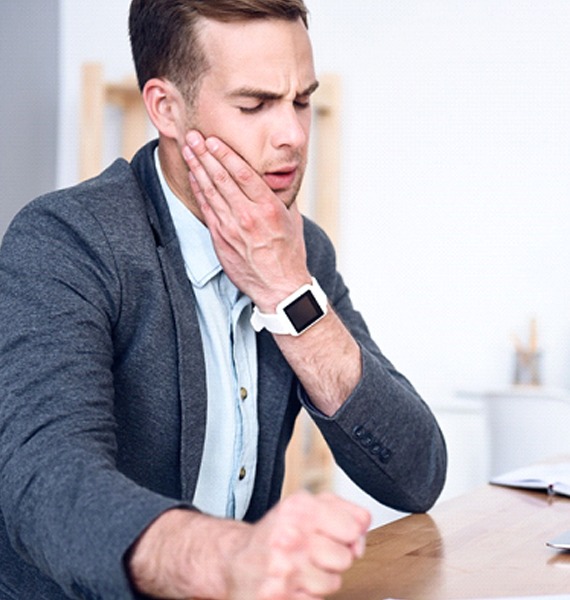 Dental implant failure can happen shortly after placement, but it can also occur years later after osseointegration is already complete. Common signs of early or late implant failure include:

When you come into our office regarding an issue with your dental implants, we’ll talk to you about your symptoms and give your mouth a thorough examination. How the treatment goes from there depends on the underlying issue and how severe it is. In some cases, it’s still possible to save the dental implant; for example, an infection can be treated with a deep cleaning and antibiotics before it compromises the post. In other cases, the implant might have to be removed altogether so that a bone graft or another advanced procedure can be performed. A new dental implant might be placed once your mouth is healthy again.

I am Unhappy with My Smile I am Missing One or More Teeth I Have a Cavity or Broken Tooth I Want a Straighter Smile I Need a Checkup & Cleaning I Am in Pain & Need Help I Am Clenching, Have Headaches, or Jaw Pain I am Concerned About Bleeding Gums I am Concerned About Sleep Apnea I am Scared of the Dentist I Need a Dentist for My Child View Our Services